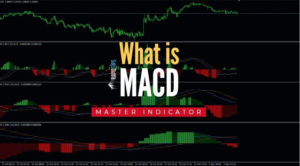 Moving Average Convergence Divergence (MACD) is very popular trend following indicator and used in technical analysis. It is developed by Gerald Appel in the late seventies. MACD is one type of oscillator indicator which is used by traders and analyst to gauge momentum of stocks.
Why MACD is so informative and popular? Because, it is combination of two different types of indicators. First one is, MACD consists of two moving averages of varying lengths (Moving Averages are lagging Indicator) which helps to identify the trend, direction and duration. Second part of MACD is the histogram which oscillates above and below a centre zero Line which indicates security’s momentum