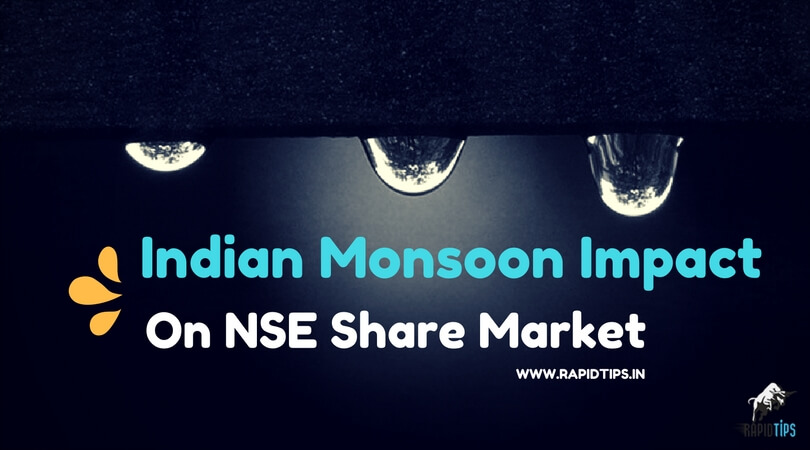 Any change in monsoon season will have a great impact on the Indian economy. It is well known that almost 60% of Indians solely depend upon agriculture to lead their lives. As land gets water through rains, it can be easily made out that the production of food solely depends upon the amount and distribution of monsoon rainfall all along.

Delay in Rainfall – Leads towards Delay in Production

Due to delay in rainfall a great delay may occur in fruitful growth of summer crops like cereals, rice, oil seeds and pulses. These crops contribute a lot in accelerating the growth of Indian economy. The rainfall between May to July leads healthy growth of Kharif crops thus contributes in 40% of total production of India.

Additional crops that flourish in favorable amount of rainfall include sugarcane, millet, soya bean, rice and cotton. Delaying of monsoon leads towards an adverse effect on crop production thus affecting Indian economy at a certain extent! A favorable amount of production of crop curbs inflation in an indirect manner.

Monsoon season is the key for determining inflation, agricultural output along with consumer spending and overall economic growth. A normal rainfall gives a green signal to growth along with prosperity and vice versa. In case of drought it becomes essential to adopt expensive methods of food production thus pressurizing the economy of Indian government.

The year in which monsoon remains in a good state enjoys some high benefits that include:

Even the Government removes export ban thus reducing dependence on imports. It invites a favorable amount of Foreign Exchange thus giving a boost to Indian economy.  In short, a favorable monsoon enhances the purchasing power of people. Can you make out the importance of monsoon in enhancing the growth of Indian share market?

Why Monsoon is expected by all?

Almost 70% of population of India solely depends upon farming. Monsoon is expected by everybody from the core of heart. Its importance in association with the influence of Indian share market can be easily highlighted as under:

It can be easily made out that monsoon is the key for proper determination of effective agricultural output, consumer spending, inflation along with overall economic growth in Indian share market. Do you agree? – By Rapid Tips